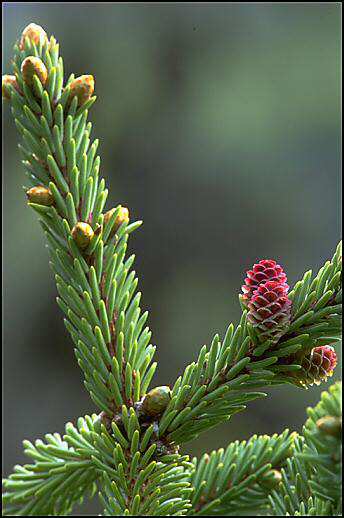 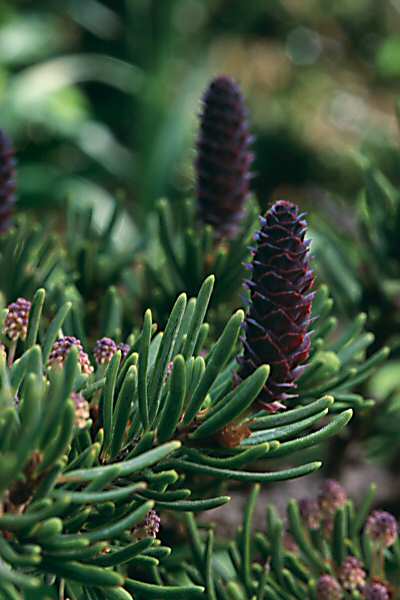 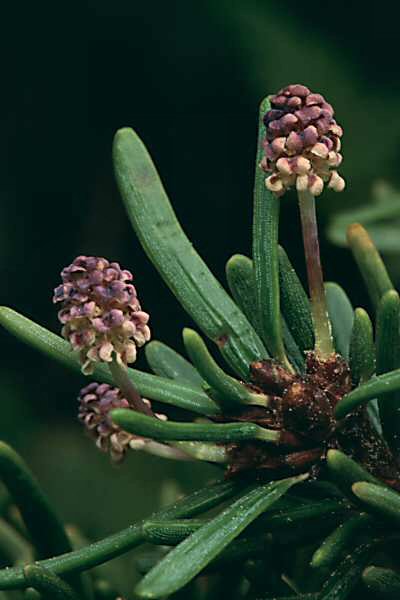 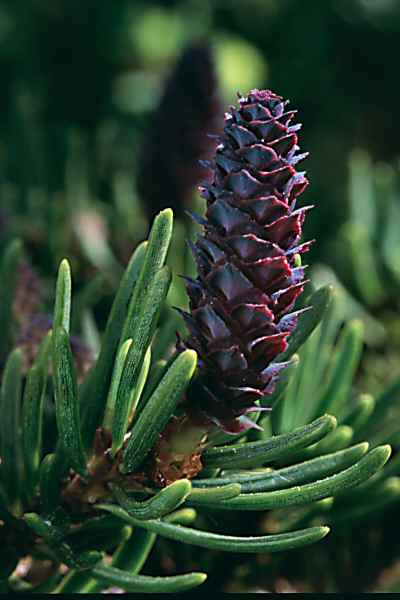 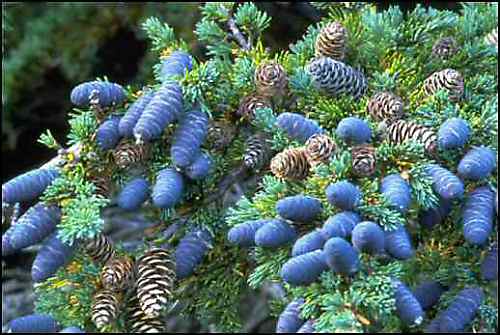 Conifers are greatly outnumbered by flowering plants, (550 species vs 250,000) but they dominate the largest biome on earth, the boreal forest. The conifers, which includes the pines, spruces, firs, hemlocks and others, occur worldwide and share many habitats with flowering plants but they alone can photosynthesize in the harsh northern winters.

Large areas of the boreal forest are of relatively recent origin. Not so long ago, the circumpolar area of the earth now occupied by the boreal forest was covered by ice. The conifers eventually reclaimed the land that was vacated 10,000 years ago by retreating glaciers. The northern forests are young, but the conifers themselves first appear in the fossil record over 350 million years ago. They represent an ancient lineage of seed producing plants.

The seed is an embryo. Like most embryos, it began as a zygote formed by the union of male and female gametes. The surprising thing is that plants alternate between an embryo producing generation and a spore producing generation. From earliest times, plants have produced spores, single cells that can germinate and grow on a suitable subtratum. But the plant that grows from a spore does not produce more spores. It produces gametes. And the plant that grows from the union of gametes does not produce more gametes. It produces spores. This may sound strange, but the story doesn't end there.

The mosses are modern day descendants of some of the earliest plants that began growing on land about 470 million years ago. They retain their embyos to maturity, never producing seeds. To this very day female moss plants never release their embyos. You can see the sporophyte growing out of the gametophyte. The skinny brown sporophyte develops from the embryo produced by the leafy green gametophyte and remains attached to the maternal plant. In the life cycle of mosses the sporophyte dies after producing its spores, but the gametophyte lives on to produce new sporophytes each year.

Next in the fossil record we come to the ferns and their kin which first appeared over 400 million years ago. As in mosses, spores produced by ferns do not directly grow into new ferns. They germinate in the soil and grow into new gametophytes, a very small, flat, heart-shaped organism that looks nothing like a fern. It is the gametophytes which produce the sperm and egg which join together and grow up to be the sporophytic fern. As soon as the young sporophyte is established the tiny gametophyte withers and dies. It appears as if there were only one generation of fern, the big, leafy, sporophytic fern, when there are really two. Unlike mosses, the sporophytic fern lives a long time. Finally, we come to the gymnosperms and their primary branch, the conifers, which first appear in the fossil record about 350 million years ago.

The developing cones are sealed up tight but at the right moment in early spring the male cones open and release their microscopic "plants", the pollen. The young female cones are soft and the scales open to receive the pollen. Soon after the pollen lands on the ovules hidden at the base of the cone scales, the female cone begins to grow and swell shut. The cone scales harden and seal tightly to protect the developing seeds.

Some cone bearing trees gestate their seeds for several months and release them late in the fall, like the hemlock and spruce shown here. Others, such as the pines, are not ready to release their seeds until the end of the following year and thus require two seasons before the cones are ripe. Still others, such as the Jack Pine of the Canadian boreal forest or the Black Spruce common in this area, will not release their seeds until the cones are opened by fire, thus insuring an optimum starting point for the new generation.

The occurence of forms and actions in organisms follows a pattern, whether it is a physical pattern like the shape of a seed cone or a functional pattern like the reproductive cycle of a conifer. This is what is called a habit. See Habits Last a Long Time. I am presenting a few Photo Essays, listed in the menu to the left, to illustrate some habits found in the organic world and, by extrapolation, in ourselves. The categories on the main menu at the top of this page access the other photos on the site.

Download the photos by right clicking on the link at the bottom of the image and selecting the "Save target as" option. The download file has a resolution of 200ppi and can be uesd to print a photo quality image 14cm x 21cm. Or, view it full scale on your monitor. On most monitors the image will be 38cm x 58cm (15in x 23in) which, for several of these photos, is equvalent to 20x magnification (on a 1024 x768 pixel screen). There is so much detail in the leaf structure that you can see the individual rows of white stomata, the breathing pores of the needles. A 56kb modem should download each file in less than one minute.

A note on the images: The image files displayed on this site are 15Kb to 50Kb and will load in several seconds. The screen image resolution is 72 ppi, just right for most monitors, and the files are not large.There are presently over 350 images distributed on over 100 pages. Most of these images were shot on Fuji Velvia ISO 50 and scanned onto CD by a professional photo lab. None of these images has been digitally altered. All of these images are copyrighted (©2003, 2004 Anderson-Smith ) but can be freely distributed for non-profit purposes, especially educational uses. Commercial use requires the permission of the copyright holder.